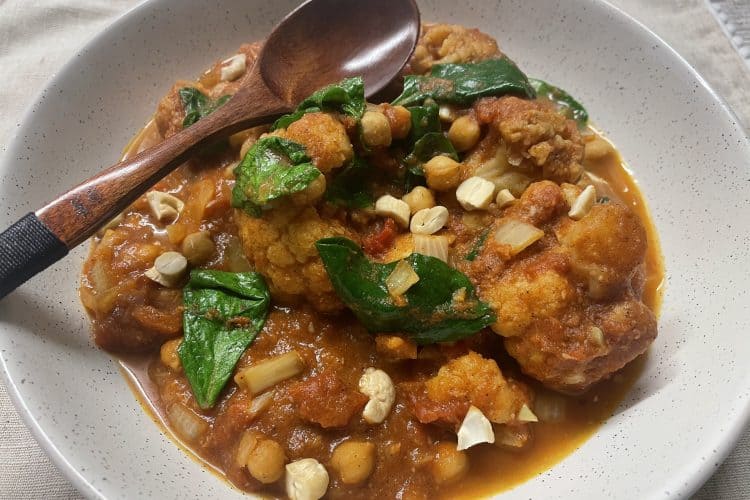 Pin it for later!

My Slow Cooker Vegan Cauliflower Tikka Masala with Spinach and Chickpeas is so easy to prepare.

A home-cooked meal can be ready in under 4 hours without any laborious cooking or stacking up lots of dishes to wash!

Just add all the ingredients and leave to cook while you get on with other stuff!

Alternatively I have added a simple method for stove cooking down below in the recipe notes.

My Slow Cooker Tikka Masala recipe is bursting with plant-based goodness. I’m sure it will quickly become a family staple just as it is in my family.

I have replaced the usual traditional chicken with cauliflower, chickpeas and spinach.

The combination of cauliflower, chickpeas and spinach is a classic nutritional and tasty winner!

The origins of Tikka Masala is said to have come from a Bangladeshi chef working in Glasgow, Scotland in the 1970s.

It is claimed that a customer complained that his curry was too dry so the chef added some tomato-creamy sauce to the curry and voila a new Indian-British fusion curry was born!

Chicken Tikka is a traditional Indian curry dish that is similar to butter chicken.

The Masala refers to the creamy-tomato sauce that was added.

Serves 4-5 depending on appetites, accompaniments and portion sizes!

My Tikka Masala was ready after 3 hours 30 minutes on the high setting.

I have a 3.5 litre Morphy Richards slow cooker. Your slow cooker may cook faster or slower. Adjust cooking times for your own slow cooker or crock pock if necessary.

The following nutritional analysis for Slow Cooker Vegan Tikka Masala with Chickpeas and Spinach is for guidance only and is not a strict analysis as ingredients vary. 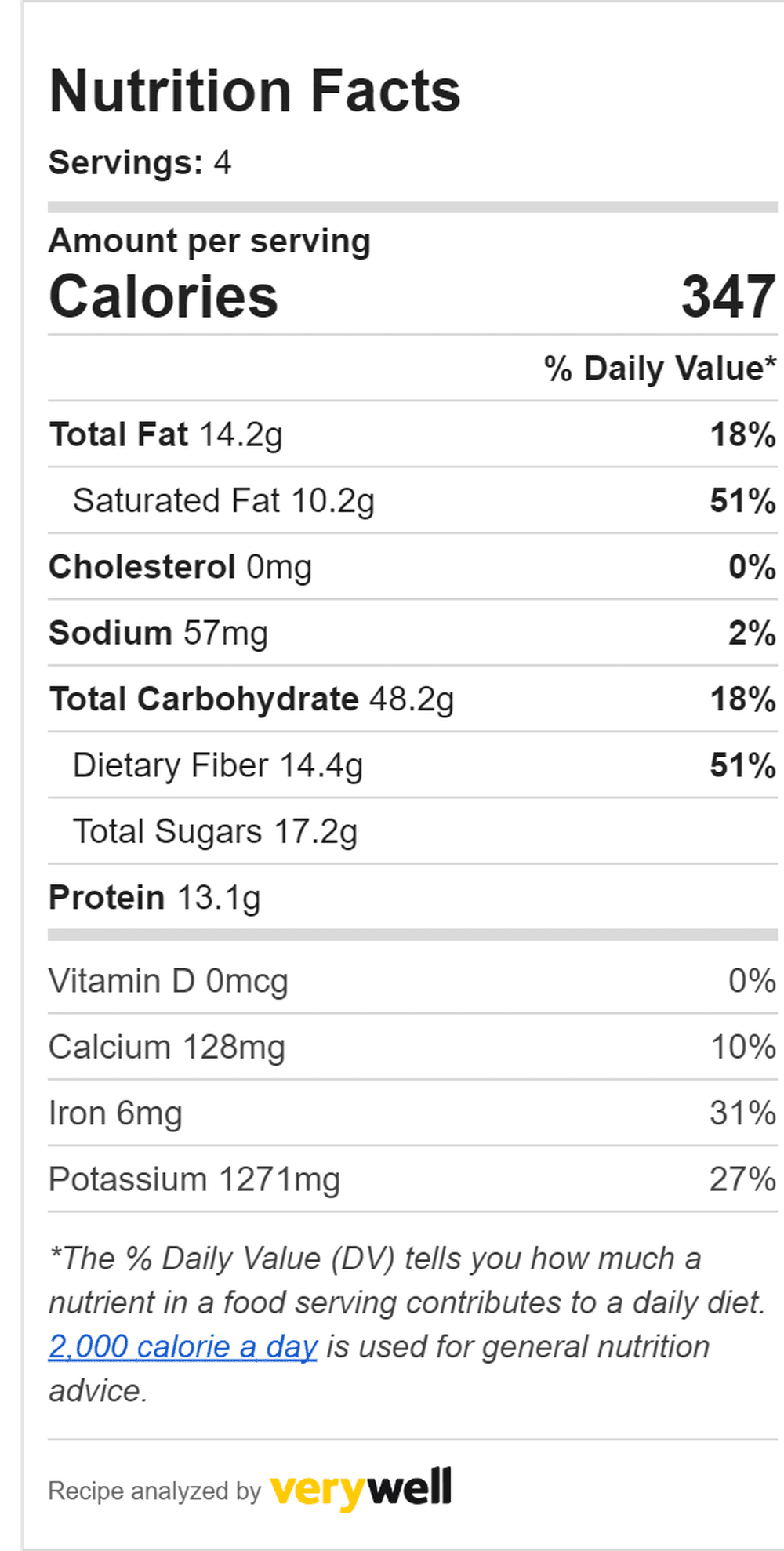 Check out my family favourite Traditional Cheese and Potato Pie:

And my warming Potato, Leek and Corn Chowder:

Made any of my recipes?

Be sure to snap a photo and tag my blog on social media!

Many Thanks and Take care!