This World War two era ( WW2 ) vegan Christmas pudding revives an old British recipe from the 1940s. This interesting vintage recipe provided many people with a delicious Christmas pudding during the rationing and food shortages that occurred in Britain during and after the Second World War.

Surprisingly, this Christmas pudding has grated/shredded carrot and potato but the finished result is an incredibly delicious, moist pudding that tastes like Christmas with hints of toffee!

Christmas pudding is traditionally prepared on Stir-Up Sunday, which always falls on the last Sunday before Advent (1st December). This recipe can be made in advance and easily frozen until Christmas day.

Please note: This post contains Amazon affiliate ad links. If you click through and make a purchase I may receive a commission at no extra cost to your order. Please read full disclose. Thanks!

During the war years and even afterwards, rationing of food limited the ingredients that could be utilised within everyday kitchens, and substitutions had to be found.

Although, you can not actually taste the potato and carrot and likely wouldn’t even know they were included if you hadn’t followed the recipe.

I have replaced the suet that was listed within the original recipe with ordinary vegan margarine and it works fine.

All the ingredients work together to give the pudding the flavours of a toffee x gingerbread cake x Christmas pudding experience. I even got a hint of Jamaican ginger cake.

So, if you or a family member is not keen on Christmas puddings then I encourage you to give this easy recipe a go.

Christmas pudding evolved from the medieval British plum or figgy pudding which was a type of pottage. Dried fruits, spices, breadcrumbs, ground nuts was stewed with liquid to create a mushy pottage dish. A recipe for figgy pudding was found within one of the oldest cookery books dating back to the late 1300s.

Nowadays, Christmas pudding is such an integral part of the British Christmas dinner that is doesn’t seem like Christmas at all if you don’t have a pudding. Even if you dislike it, its still traditional to have one in!

Traditionally in Britain, leftover Christmas pudding is fried and served with an English cooked breakfast such as sausages, eggs, bacon, etc.

How do I store and reheat leftover Christmas pudding?

* Leftovers can be stored in the fridge for 4-5 days. Or frozen, well wrapped, for up to 4 months.

* Enjoy a slice chilled or reheated. Individual slices can be reheated in a hot oven until warmed to your liking. Cover loosely with kitchen foil if you’d like to prevent the pudding browning too much. Or microwave for 60 seconds.

* Or place slices of pudding onto a panini machine/hotplate/pancake maker and toast until lightly browned and warm. A little vegan margarine spread over is particularly tasty. Alternatively place pieces of pudding into a skillet or fry pan and dry fry until warmed through. Add a small piece of vegan butter or margarine to the pan to melt while the pudding heats through, if liked.

Can I freeze Christmas Pudding?

Christmas pudding can be prepped in advance and then reheated on Christmas day. Doing so is a great time-saver.

After cooking, cool the pudding, and keep it in the pudding bowl. Wrap the entire thing tightly in kitchen foil. Place in the freezer for up to 4 months.

Defrost before reheating, and once pudding is at room temperature, place the bowl in a saucepan. Fill pan with hot water, half way up the sides of the pudding, and simmer for 30-60 minutes.

What can I serve with WW2 Vegan Christmas pudding?

* Vegan custard. There is an easy recipe over on my old school dinners jam and coconut sponge post.

* A scoop of vegan ice cream

* A drizzle of vegan cream

How To Prepare Wartime Christmas Pudding 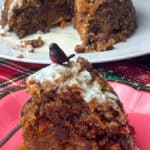 Print Recipe
A delicious, moist, light, almost toffee-like flavoured Christmas pudding that was enjoyed In Britain during the Second World War. This recipe is a fun, interesting way to enjoy a taste of history.Can be prepared on the stove-top or for a quicker pudding in the microwave where it takes less than 15 minutes!
Course Dessert, pudding
Cuisine British
Prep Time 15 mins
Cook Time 4 hrs
Total Time 4 hrs 15 mins
Servings 6
Calories 442
Author Jacq

Prepare before mixing all ingredients (mix the bicarbonate of soda and hot milk together) :

To cook on stove-top:

How To Prepare A Pudding Basin Lid: 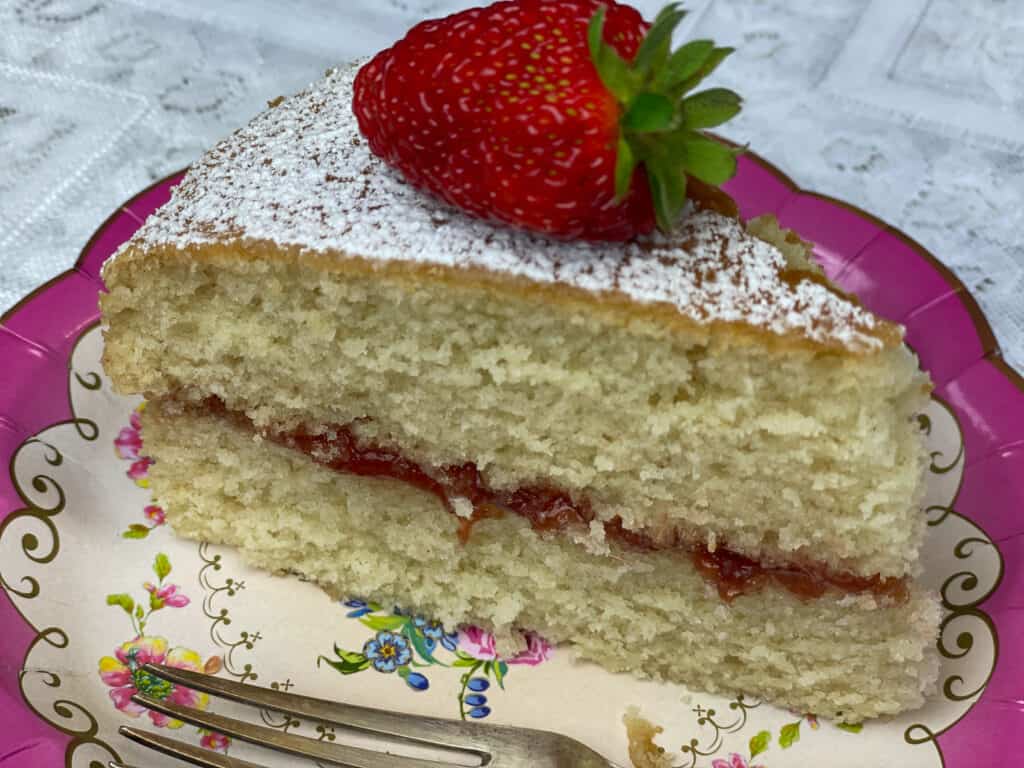 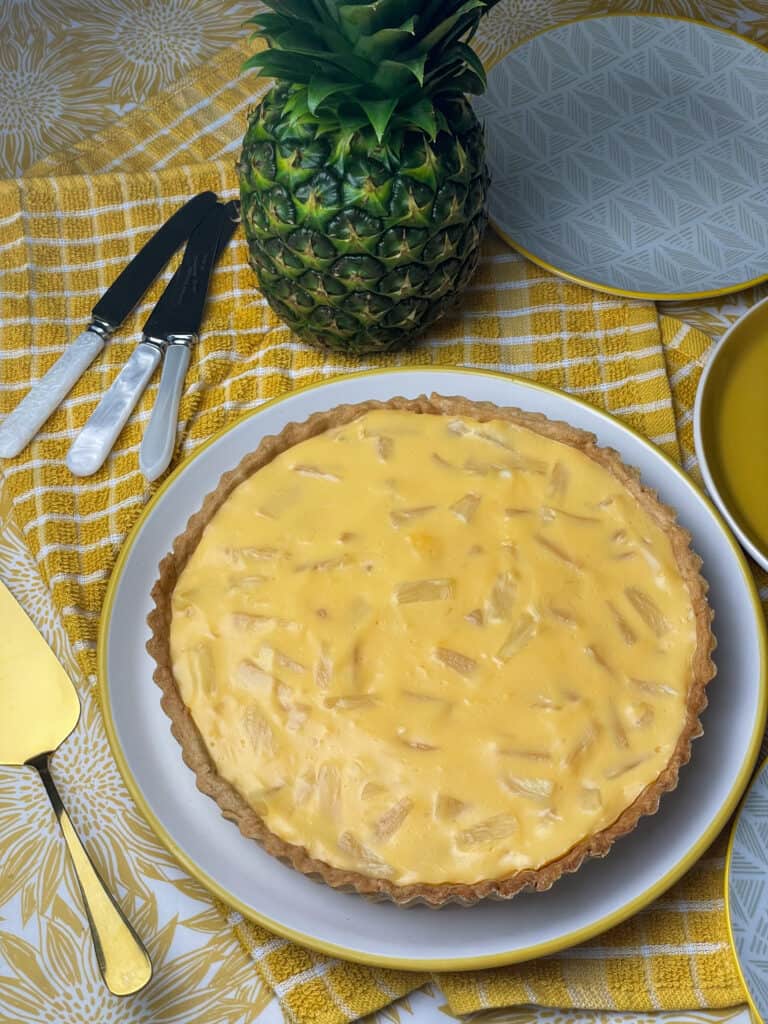 I’m Jacq and a warm welcome to my Scottish family recipe blog. These recipes are for everyone who loves traditional food but need easy, tasty, wholesome all-plant ingredient versions. Have a look around and find out what’s for tea tonight. X