Pin it for later!

Plant-based vegan refried beans are one of the best side-dishes around!

Contrary to traditional refried beans my plant-based vegan refried beans are low in cholesterol and saturated fats, and have no added salt, oil or fats.

My son literally eats them by the bowlful!

What are refried beans?

Refried beans originate in Mexico and have been around for about 100 years. They are also a traditional dish in many Latin American countries. As well as being a popular Tex-Mex dish.

Tex-Mex is a blend of Texan, from the Tejanos people of Texas who are descended from Hispanic settlers, and Mexico cuisine.

The ingredients for refried beans are slightly different depending on the region. But the basic preparation remains similar.

Contrary to the name refried beans are not actually fried twice!

Instead beans, commonly pinto, black or kidney beans, are cooked until soft then mashed, seasoned and fried in lard or oil.

Refried beans are the perfect way to get more beans into your diet.

You can add a scoop to almost any dish or meal for an instant nutrition boost. Beans are super high in protein with one serving on my refried beans providing around 9.9 grams!

Maybe more depending on whether the refried beans are used as a side-dish, dip or spread.

For gluten-free vegan refried beans make sure the stock cube is gluten free. I use vegan Marigold organic bouillon cubes which are gluten-free. 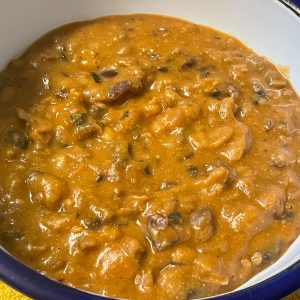 The following nutritional analysis is for guidance only and is not an exact calculation as ingredients vary. It is based on 30g nutritional yeast and 1 tbsp of liquid aminos added to the vegan refried beans. 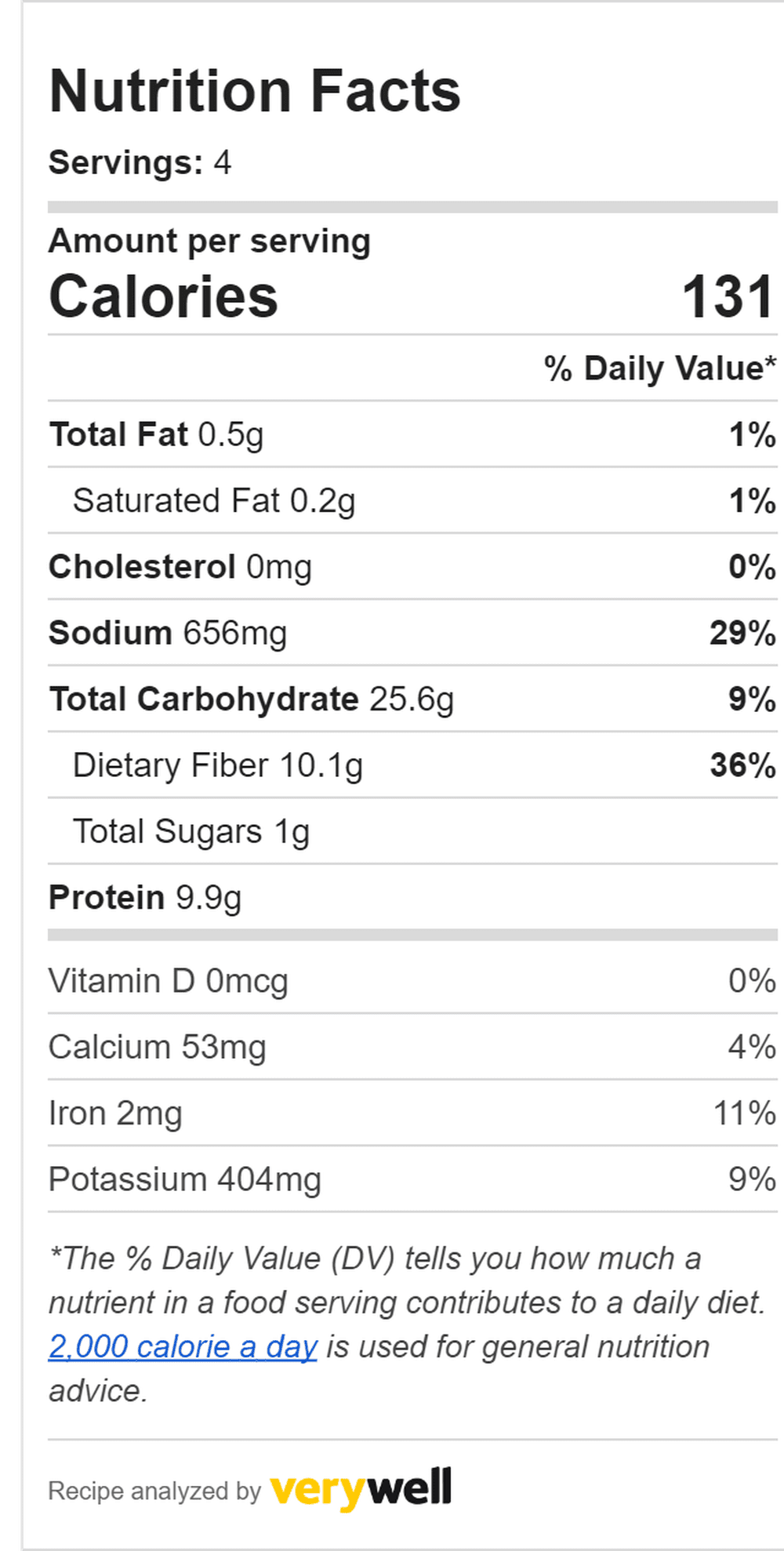