This delicious fun casserole features veggie mince, potatoes, cheese sauce and a crispy breadcrumb topping, finished off with all your favourite burger toppings.

Perfect for midweek meals and batch prepping. But also ideal for a creative Christmas or Thanksgiving main meal served with your favourite veggies and tasty gravy.

Cheeseburger casserole originates somewhere in the United States where it is a popular family meal. The exact origins of this casserole is not known but it was likely first prepared within one of the Southern US states.

Traditional cheeseburger casserole recipes generally use either potatoes or pasta cooked with minced or ground meat, with lots of cheese added and baked until melted.

Cheeseburger casserole is not a well known meal in the UK but I was intrigued and inspired to create a veggie version as I knew my kids would enjoy it. They certainly did and I’m sure many more families will add this meal to their weekly menu.

To prepare this adapted vegan hamburger casserole recipe I choose to use TVP (textured vegetable protein) which comes as a dried mince that needs to be rehydrated. I like using TVP as its inexpensive, full of protein, high in fibre, no cholesterol and low in calories and fat. And best of all so versatile and soaks up whatever flavours you add.

Although any vegan mince can be used. I have prepared this casserole with fresh and frozen veggie mince and all have been great.

The mince is initially cooked with veggie stock, onion, carrot, celery, and garlic, and flavoured with soya sauce, vegan Worcester sauce and dried herbs. Chopped potatoes are added along with a little more stock and cooked until soft, before everything is scooped into a casserole dish.

The potato-mince mix is covered with a layer of easy vegan cheese sauce which is made up simply with a small amount of vegan margarine, veggie stock, plain flour and plant milk. Nutritional yeast flakes are mixed through at the end to provide the cheesiness.

A mix of whole-grain breadcrumbs and vegan shredded cheese are sprinkled over the cheese sauce. Lastly the breadcrumbs can be topped with any of your favourite veggie burger garnishes. I added sliced tomatoes and diced gherkins but canned or jarred jalapenos or sliced fresh chilli’s would also be tasty.

The breadcrumb topping is optional and can be simply omitted with just some vegan grated cheese added to the top or extra nutritional yeast flakes. If you are in a hurry use an already prepared vegan white or cheese sauce.

Finally this casserole can be easily prepared as gluten-free. There is more info in the recipe notes below.

How To Prepare Vegan Hamburger Casserole

How do I store leftover vegan hamburger casserole?

Leftovers can be stored in the fridge, covered, for 3 days. The casserole can be frozen but the texture of the breadcrumb topping may be affected.

For meal prep the casserole can be prepared up to the breadcrumb-cheese topping stage, and frozen minus the topping. Defrost, bring to room temperature and add the topping before baking.

How do I reheat leftover hamburger casserole?

Bring chilled or defrosted casserole to room temperate and bake on the middle oven shelf at the cooking temperature, until piping hot throughout.

Pop a cover over the casserole to avoid over browning, and add a few tablespoons of water to the casserole dish to help with reheating.

What can I serve with veggie hamburger casserole?

Anything you would normally have with your vegan burgers.

* cucumber, any of your favourite salad veggies

* instead of potatoes use pasta or thick noodles

* not a fan of gherkins? replace with canned or jarred jalapenos, or use both gherkins and jalapenos

* use cracker crumbs instead of breadcrumbs

* sub out the celery for green bell pepper or courgette/zucchini

* omit the vegan grated cheese for the topping and use nutritional yeast flakes, about 4-6 tablespoons

Is this hamburger casserole suitable for gluten-free?

Other considerations are the type of vegan mince used just check the ingredients and package labels. Textured vegetable protein is usually just a one ingredient product (soya) but sometimes the packaging states that it is prepared along with other gluten products. Also TVP could potentially contain wheat ingredients so its best to have a good look at the packaging.

For the cheese sauce use a gluten-free plain flour blend such as the Doves Farm brand, and also check that the ingredients for vegan margarine are also gluten-free.

Are there are shortcuts to preparing this vegan hamburger casserole?

Of course. A few ideas:

* use an already prepared vegan white sauce, such as a jar of vegan lasagna sauce and mix through the nutritional yeast flakes before covering the mince and potatoes. Or use a vegan cheese sauce packet and make up the sauce according to packet instructions.

* prepare the mince and potato mix in advance and store in the fridge for a day or two before proceeding with the recipe. The mix can also be frozen for 4-6 months.

Yes this casserole is perfect for batch prepping. Prepare the casserole and freeze for 4-6 months, well wrapped in the casserole dish. But don’t add the breadcrumb topping until you are going to bake.

It is easy and saves time to batch prep an extra casserole along with the one your preparing for dinner. You’ll definitely thank yourself later!

* or as a toasted cheese/grilled sandwich filling

* mix the leftovers with a can of baked beans and reheat, serve with veggie sides 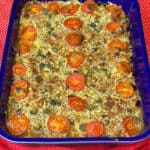 While the potato-mince filling is cooking prepare the sauce:

A warm welcome! These recipes are for everyone who loves traditional food but need easy, tasty, wholesome all-plant ingredient versions. Have a look around and find out what's for tea tonight. All recipes are what my family actually eat and photos are taken just before we eat it! Jacq X

Our Most Popular Winter Recipes: 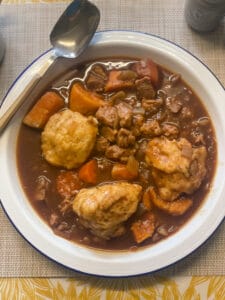 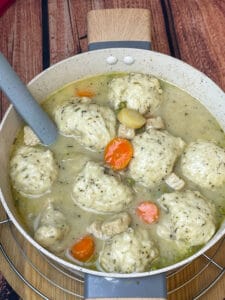 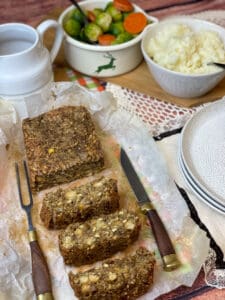